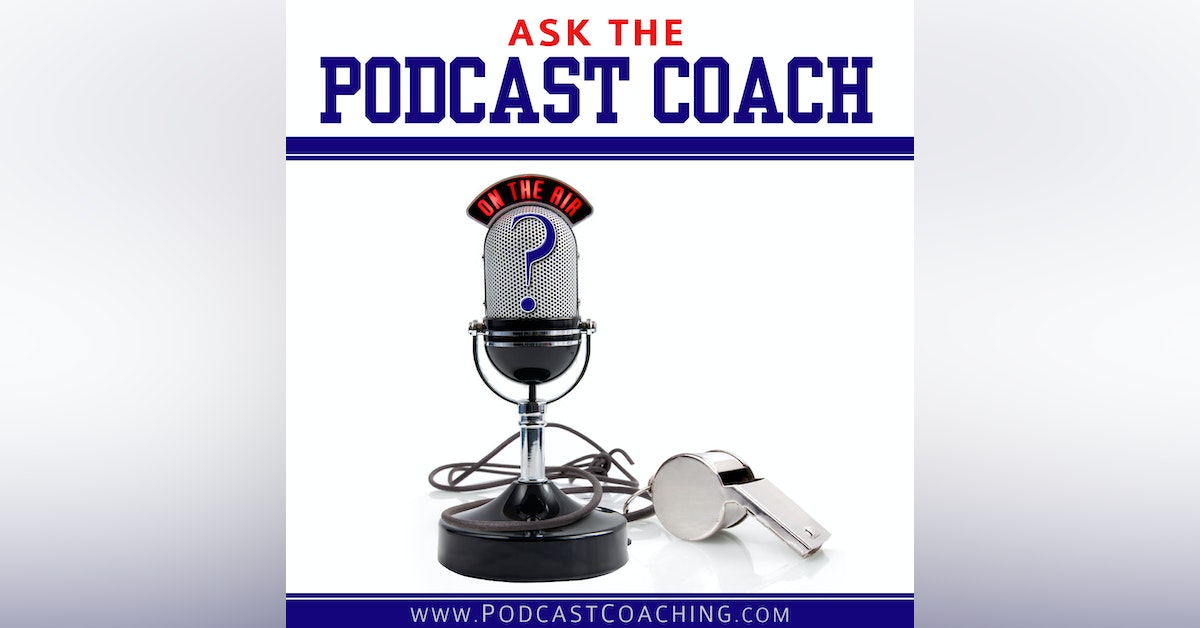 The big key when replacing your iTunes artwork is to change the name of your file. So if your original artwork was called, artwork.jpg you should name your new image artwork2.jpg (or whatever you want to name it). You want to avoid using the exact same name as iTunes won't see it as changed and it won't update. Currently the iTunes artwork is 2048X2048 jpg. The minimum size is 1400X1400 jpg.

The album artwork inside the mp3 will show up based on the player. For example it will show up if you use the Windows media player, but not in the podcasts app from Apple.

If you change the album artwork for each episode be sure to use 1400X1400 image (minimum).

You can now see who is in the chat on mixlr. It Seems like Spreaker and Mixlr are both fighting over and over to keep their services on the cutting edge.

Turning a Hangout into a Podcast 10:25

You can do a hangout on air but don't invite the public. There is a very small chance that the general public can stumble across your show. When you use Hangout on Air its automatically recorded and you can pull the video down and pull the audio out. I record the audio of the hangout into a portable recorder to capture the best audio.

Dave no longer recommend powergramo, and is testing Pamela as a skype recorder on the PC (call recorder is the best for recording on a mac).

Do not eject people from a hangout or the people you have ejected can't get back into the hangout.

SKype uses a lot less resources on your computer. So your computer many be straining to do everything. Skype seems to be great with Skype

Podcasternews.com has an interview with the head of Podcastone. They asked Stitcher to cut them in on the advertising that was running against their content. Stitcher didn't do that and they pulled their content. Jim pointed out that this may be fueled by Stitcher not selling to Podcastone.

We keep saying Speaker, it was STITCHER.

Michael Crose is heard on 29 radio stations across the country (at 4 am on EST and 1 AM on PCT). He had some items to sell and mentioned those items on the radio show ONLY. He got next to nothing in terms of a response. He got five responses. The next week he did the opposite and did the spot on the Podcast and only kept that up for two days. He got 29 responses. You can find him and homeandgardenradio.com

Media Fire is a media server that offers a fair amount of space and a lot of bandwidth for $24 year. Dave is not happy with the stats, but Jim has been using them and likes them. Dave tried them this week with some video, and it kept buffering when streaming HD video. Jim has had good success and has loaded 25 gigs of audio and video on their server. Jim says they are worth giving a look. They are not using another service behind the scenes. If you are on a super tight budget you might want to check them out. In the long run, not the best, but if you just want to try. They offer 1 TB of space. Storage is getting cheaper and cheaper. Many of these places are not a good fit for podcasting.

Chris from house of Ed Tech told me about Audio Mack

It does mess with your file, but it has a player. It messes with your mp3 tags unfortunately, but it is free. With a very small test at this point and single digit hits on his shows. If nothing else, its worth loading. If it reaches someone who wouldn't find you before, its worth it. This is why its important to mention your website.

Our chat room is awesome and some days they are having their own show. This week tey were talking about how important it is to have a good chair (SO TRUE!)

There was a temporary sale at the School of Podcasting, and Jim picked up a cool Flash drive and FREE GLOVES at Radio Shack.